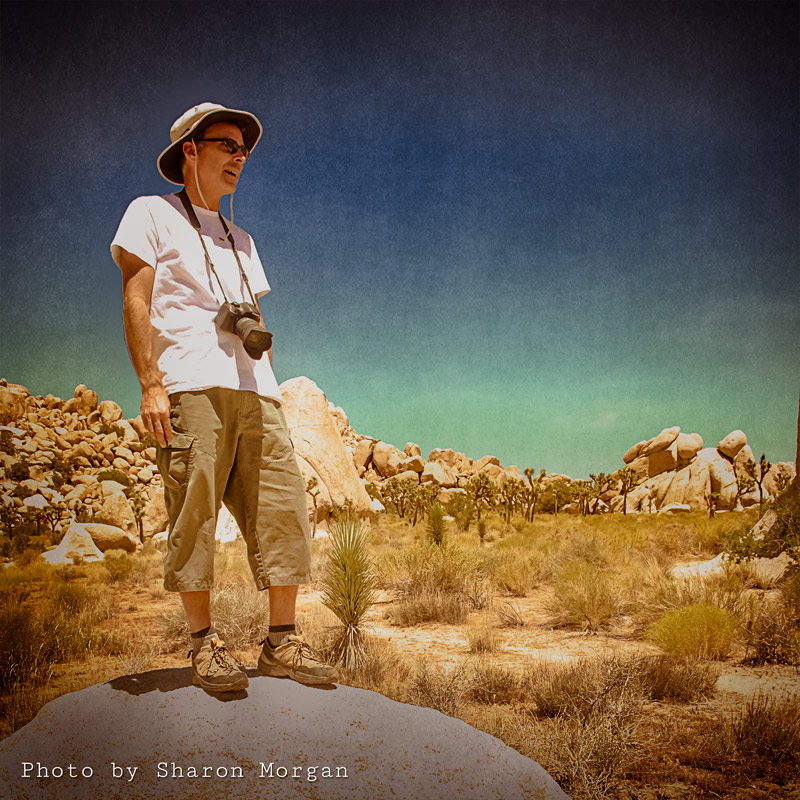 The idea of wilderness needs no defense, it only needs defenders.  -Edward Abbey

First and foremost, I am that defender, and an environmentalist at heart. I Consider myself an outdoorsman who makes photographs rather than a photographer of the outdoors. My images emerge from the native habitat of Southern California where my family settled in the early years of the Great Depression. I was born in this place and have always lived here, so it is also my native habitat.

To outsiders or the idle curious, much of the California wilderness seems barren and foreboding, intangible and inaccessible to any but the most intrepid explorer. Some dismiss this California as worthless land. Our own Federal government thought so and in the 19th century opened vast acreage  to “Homesteading” which, for generations doomed the land to ruinous exploitation, destruction, and, worst of all, a deep misunderstanding which, to this day, leaves the landscape scared and endangered.

The idea that non-urbanized native habitat, Mother Earth itself, the very place we all came from and until only relatively recently, actually lived, is worth looking at and preserving is still highly emotional and hotly debated. That spot between a boulder and a grove of Juniper trees conjures up deep-seated memories in our collective subconscious. That dugout shelter (where the California Indians lived until only about 200 years ago) is home and the illusion is the attempt at cities in which we now dwell. The threat posed to the wilderness from this metastasizing growth–and our refusal to believe it–is the dilemma. But the wilderness has the distinct advantage of age and position. No matter what man builds, a Disney Hall or a spectacular private residence, such cannot compete with the intrinsic beauty of, and the desire we all have for a real encounter with untouched habitat. It is the real home we all seek.

Stylistically, I work to restore the traditions of 19th and early 20th century Pictorialism, which was an important and significant component of early California landscape photography. But despite this rich legacy, these traditions have been in a state of neglect for many years due to a flawed notion of their irrelevance or non-modernity. What ought to be vital and contemporary has become genre kitsch/nostalgia. By presenting these familiar, yet uniquely Southern California landscapes as simultaneously romanticized yet overlaid with dark, noirish tones, my photographs are political, yet personal and emotional.